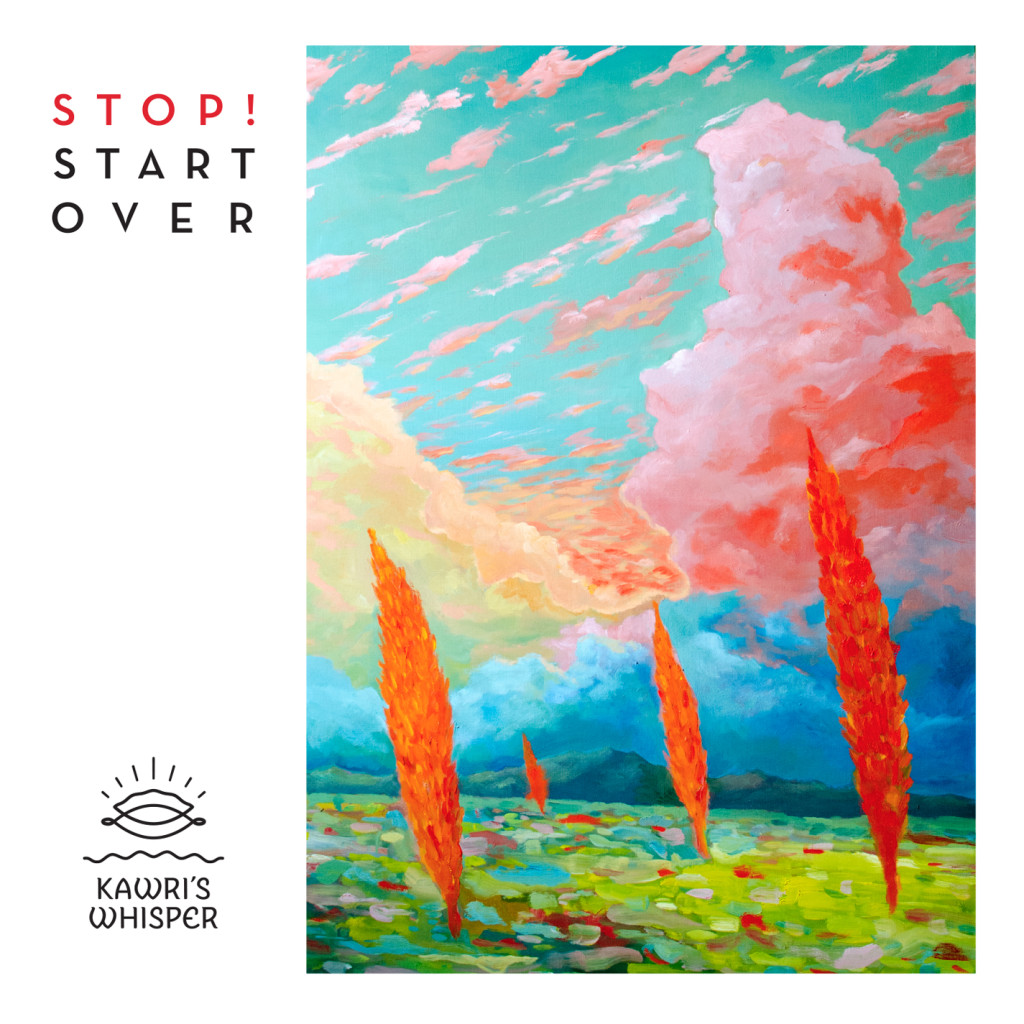 Stop! Start Over by Kawri’s Whisper, a prog rock band from Saint Petersburg

The Russian instrumental quartet Kawri’s Whisper started out in 2011 in Smolensk (west of central Russia) and currently settles in Saint-Petersburg.
Throughout 100 live shows we played with well-known Russian collectives (Penguinsmeat, Weary Eyes, Adaen etc.) as well as mathematic apologists Tera Melos and Tides From Nebula.
We also have our festival story with playing at “Okna otkroy” (one of the biggest annual rock-events in Saint-Petersburg), ‘STOP the SILENCE!: the best of 2014’, ‘Safoniy’ etc.

The ‘Youth’ EP took 24th place in the list of 50 best 2014 releases by feckingbahamas.com.
The video ‘The Hands Resist Me. Chorea’ is currently streamed on 2×2 TV channel.